110 years ago, a thirteen-year-old fled his Alabama home with little more than a dream and a keen ear for music. After reaching Booker T. Washington's Tuskegee Institute, however, that child began his transformation into a legend of American composition. William Levi Dawson went on to write widely-disseminated vocal works and a symphony that earned cheers upon its debut. However, institutions moved on, and Dawson's lauded Negro Folk Symphony seldom appeared on programs and tracklists—until recently.

To continue ArkivMusic's celebration of Black Music Month, we are proud to share this article on Dawson's life and music from our partners at Explore Classical Music. All words © Brian Wise.

In November 1934, Leopold Stokowski and the Philadelphia Orchestra introduced a new piece celebrating Black pride: William L. Dawson’s Negro Folk Symphony. It was broadcast nationally on CBS Radio and repeated the following week at New York’s Carnegie Hall. Listeners cheered between its three movements and Dawson, the Alabama-born grandson of a former slave, was repeatedly called back to the stage. 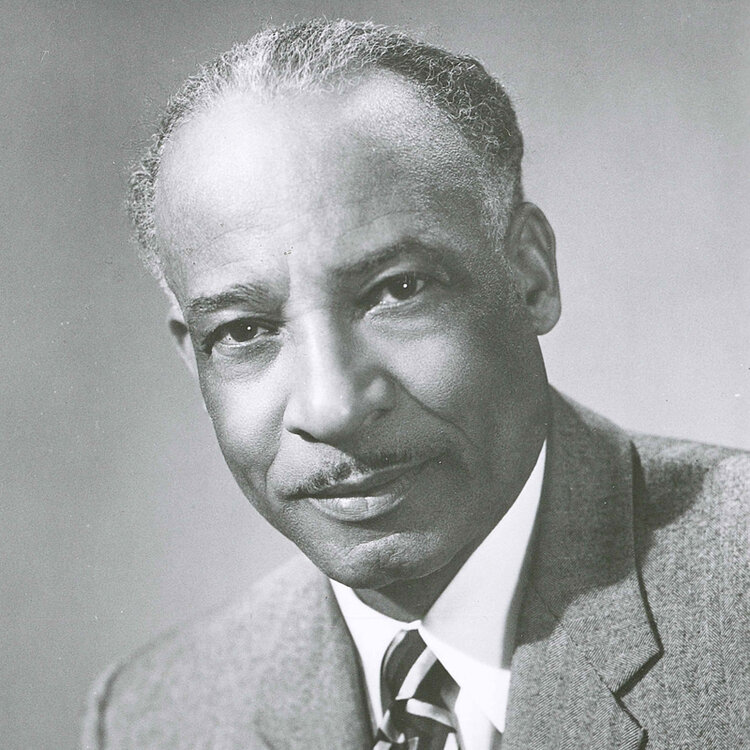 The next day, New York Times music critic Olin Downes hailed the symphony for its “life-blood, humor, feeling [and] force,” and reported that the audience applauded “long and lustily.” In the New York World-Tribune, Pitts Sanborn wrote that “the Negro themes chosen by the composer are striking in themselves and are employed with skill; the music is vivid with imagination, warmth, drama…” Sanborn added, “One is eager to hear it again and yet again.”

But opportunities to hear it again were few. The symphony was played twice the following year in Birmingham, AL, and once more by the Philadelphia Orchestra. Then it disappeared, the victim of a frustrated rollout and an apparent hesitancy among some conductors. In her 2012 article, “Whatever Happened to William Dawson's Negro Folk Symphony?”, musicologist Gwynne Kuhner Brown details how Dawson tried mightily to get the score into orchestra programmers’ hands, but it wasn’t heard again until the 1960s.

Fast forward to 2020, when Dawson’s Negro Folk Symphony became the subject of a Naxos recording by the ORF Vienna Radio Symphony Orchestra, led by conductor Arthur Fagen. Paired with two works by African-American composer Ulysses Kay, it’s the first recording of Dawson’s symphony in more than 25 years, and just the third overall.

“It's a major American work,” said Fagen, a professor of orchestral conducting at Indiana University and music director of the Atlanta Opera. “It incorporates such a wide spectrum of human experience and emotion. You have a sense in the opening of the oppression of the African-American people. You have dances, exclamations of joy, and in the second movement, a huge lament.”

Dawson (1899-1990), who served as the director of the Tuskegee Institute Choir in Alabama for nearly 25 years, was an authority on Black Spirituals and quotes several gems of the repertoire including “O’ Le’ Me Shine” and “Hallelujah, Lord, I Been Down Into the Sea.” There are references to the juba, a dance involving slapping and stomping that emerged on plantations. And the entire score coalesces around a motif meant to suggest “the link uniting Africa and her rich heritage with her descendants in America,” according to Dawson.

From the Segregated South

The oldest of seven children born in Anniston, Alabama, Dawson ran away from home at age 13 to enroll at the Tuskegee Institute. Supporting himself by working in nearby fields, he wrote his first works, sang in a choir and learned to play several instruments. In 1925, he earned a Bachelor of Music degree from the Horner Institute of Fine Arts in Kansas City. At the graduation ceremony an ensemble performed his piano trio, but Dawson could not step forward to acknowledge the audience’s applause; he was seated not with his fellow classmates but in a cramped balcony reserved for African Americans.

Insulted but undeterred, Dawson moved to Chicago, where he earned his master’s degree from the American Conservatory of Music, played first trombone in the Chicago Civic Orchestra, and worked as an arranger and editor. In 1930, he joined the faculty of his alma mater. Under his direction, the 100-voice Tuskegee Institute Choir quickly became one of the most successful vocal ensembles of its generation, opening New York’s Radio City Music Hall in 1932 and singing for presidents Herbert Hoover and Franklin D. Roosevelt.

Despite these triumphs, Dawson felt constrained by the world of amateur choral music and wanted to focus on symphonic work. But efforts to promote his Negro Folk Symphony fell apart. When Dawson entered the symphony in a Juilliard-sponsored competition in 1935, the panelists held onto one of the two copies of the score for nine months, hindering its wider circulation (it didn’t win). Similarly, the BBC Orchestra turned the piece down, claiming it required too much rehearsal time, but only after holding onto the score for five months. Signs of interest from other conductors fizzled.

As musicologist Gwynne Kuhner Brown writes: “The crucial factor leading to this loss of momentum—from which the work has yet to recover—was that there were simply not enough copies of the score and parts to meet the demand early on, and before long, conductors turned their attention elsewhere.”

Dawson revised the Negro Folk Symphony in 1952 after a trip to West Africa, fleshing out the percussion parts. It was published in 1963 and recorded by Stokowski and the American Symphony Orchestra that same year. According to Brown, “Dawson went to some lengths to promote the revised symphony, sending copies of the freshly printed miniature study score to the managers of several orchestras nationwide along with a personal letter calling their attention to the new Stokowski LP. His efforts produced modest results.” The work was recorded again in 1992 by Neeme Järvi and the Detroit Symphony Orchestra.

Perhaps the 2020s will finally bring the Negro Folk Symphony the attention it merits. Recent protests over racial justice have prompted renewed scrutiny of the orchestral canon and its lack of diversity. Already, works by African-American composers including Florence Price, William Grant Still, and Margaret Bonds have seen some fresh attention after decades of marginalization. (Check out our Explore Classical feature here to learn more!) Price’s music in particular has gained traction since a trove her manuscripts was discovered in 2009.

Fagen, who conducted from a photocopy of Dawson’s autograph score, held at Emory University, hopes the symphony will finally break through. “The fact that it hasn't been printed is amazing to me,” he said. “We need an American publishing house to do a really good edited version of the symphony.” He adds that its subject matter and wide emotional palette distinguishes it from many familiar American works. “To have this depiction of being oppressed under slavery, of rejoicing, of singing spirituals—you don't encounter that very often.”