In ArkivMusic's final week of celebrating Black Music Month, we turn from the persisting past to the innovating present, featuring performers and composers who help shape our own musical moment. Michael Abels has become a leading film composer while still writing for the concert hall. He remains director Jordan Peele's go-to collaborator as of this summer's new horror feature NOPE, but you can also hear his music on albums such as Winged Creatures by Cedille Records, which commissioned the title piece from Abels.
Text
We are proud to share this interview with the extraordinary Abels from our partners at #unCLASSIFIED, a platform that empowers listeners to discover classical music on their terms, helping the genre become more expansive and welcoming in the process.
Text the
Photo above © Todd Robinson.
Text
Text 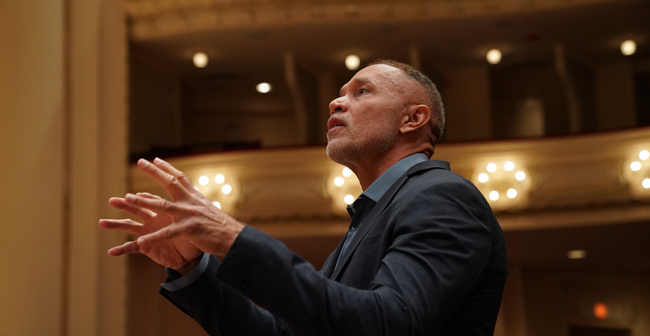 Meet the man partially responsible for your goosebumps while viewing the hit films Us and Get Out: Michael Abels. In addition to being a critically-acclaimed film composer, Abels maintains an equally impressive repertoire of concert music. Cedille Records features his composition ‘Winged Creatures’ as the title track on their latest album with the Chicago Youth Symphony Orchestra, clarinetist Anthony McGill, and flutist Demarre McGill. We had the opportunity to chat with Abels about ‘Winged Creatures’, his experience as a composer of color, collaborating with Jordan Peele, and more.


What brought you to the concept of ‘Winged Creatures’?

I wanted to write music that showcased a very quick interaction back-and-forth between the flute and clarinet solos. When I wrote music that achieved the effect I wanted, it sounded like butterflies to me — deft, lighter-than-air, but somewhat erratic. That got me thinking about the flight patterns of other animals like seagulls, bats, etc., and how I might use music to depict the differences between them.

Did you participate in any youth arts programs (similar to the Chicago Youth Symphony Orchestra) growing up?

As a pianist, I wasn’t a regular member of a youth orchestra, but I went to summer music camps regularly through my middle and high school years, and a lot of my friends were playing in youth orchestras. My first completed piece was for piano and orchestra, and I got to play the solo part with a high school orchestra at summer camp. A hugely formative experience for me.

My concert music always starts with some kind of program, meaning an extra-musical idea that I want to explore through my work. So, the concept comes first, and then the music flows from there. 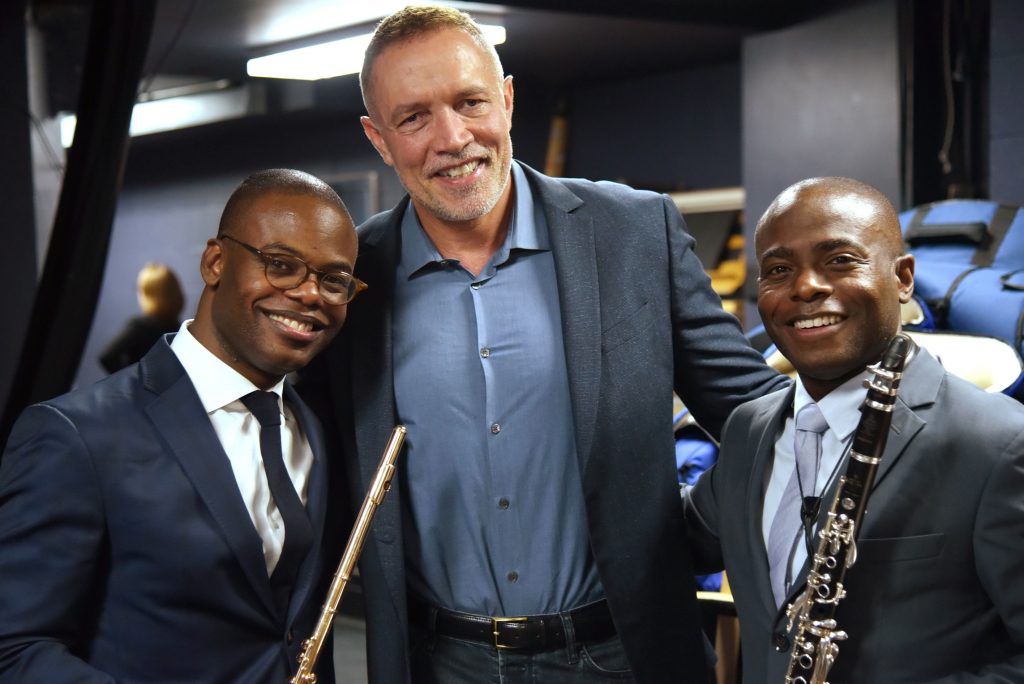 Does your compositional approach shift when writing for concert music as opposed to film music?

Yes. Film music begins from the director’s vision of the way the story should be told sonically. My job is to provide the director’s musical palette, just as the cinematographer provides the director’s visual palette. For concert music, I choose the programmatic aspect of the musical story. For film, the director chooses that, and I write from there.

Can you describe a bit about what your experience has been like as a professional composer of color?

Getting commissions and performances is a challenge for every composer. It’s hard to know whether my background has been a hindrance or a blessing in those struggles. Probably, and ironically, it has been both. My works are often performed on concerts where the theme is diversity. Whether that becomes a doorway to opportunity depends on the organization, and whether they view diversity as crucial to the American artistic experience, or only crucial for educational purposes.

How did the Composers Diversity Collective come to be?

After Get Out, I was contacted by many young minority composers who said they considered me a role model. I realized I could only name 2 or 3 film composers of color, and that there wasn’t an organization to get us networked or to increase our visibility. Other composers were realizing these things at this same time. The sudden success of Get Out provided us the opportunity to reach critical mass and come together. 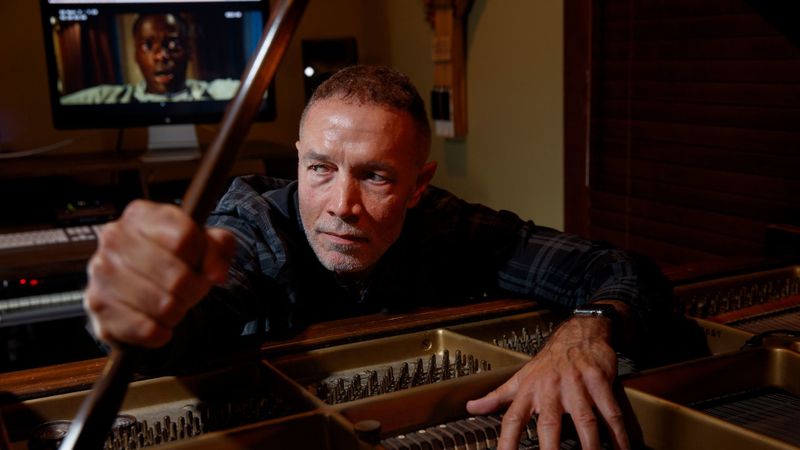 Do you see changes being made elsewhere to diversify the film composer community?

Hollywood is finally realizing that diversity is not only good for the soul, but good for the box office. Nonetheless, it’s a business of relationships, and people without a strong network aren’t going to work. There are now 2 or 3 studios investing in diversity initiatives, and other projects by stakeholders like The Sundance Institute and SESAC. Change is in the air, but it’s the type of shift that takes persistent effort over a generation. Diversity requires everyone step beyond our instinctual behavior of interacting only with those we perceive to be like-minded. That’s a challenge for minority groups as well.

What was your experience like partnering with Jordan Peele for the films Get Out and Us?

Jordan is an amazing collaborator. He knows what he wants, and his viewpoint is consistent, but he also enjoys being surprised and inspired by a great idea, no matter its source. He is extremely thoughtful and articulate about the characters’ emotions, and what the music needs to convey to the audience. Jordan likes to hear musical ideas very early in the process, as part of the production design of the film. He has played demos I’ve done for other members of the crew in pre-production, so that they can get a feel for the musical world of the film.  Similarly, he shows me storyboards and locations so that I get a feel for the visual world. For all these reasons, he’s a composer’s dream. 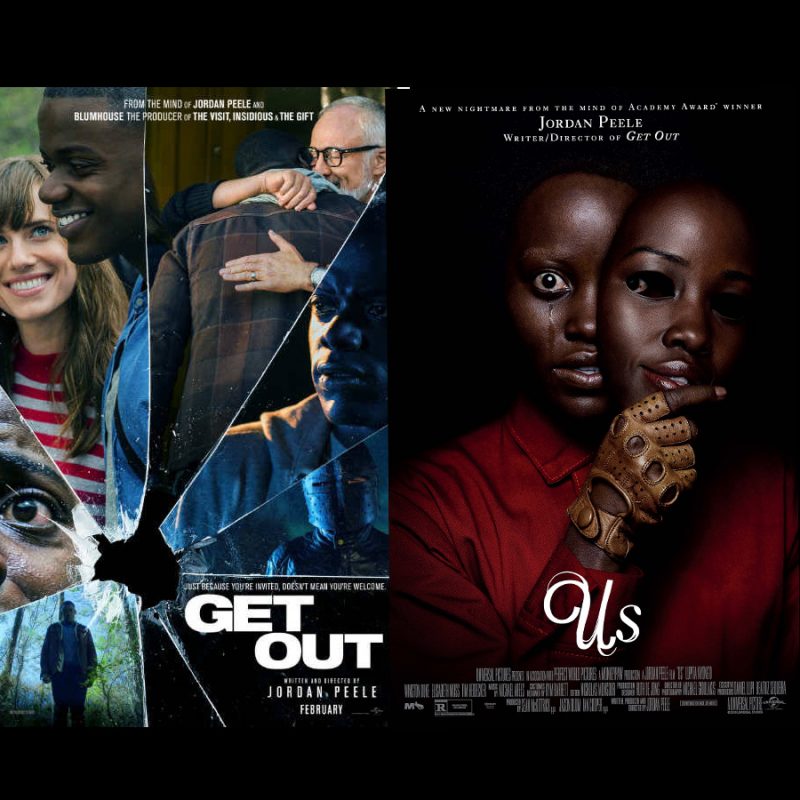 What are some of your favorite films?

Memento. Moonlight. The Empire Strikes Back. Do The Right Thing. The Talented Mr. Ripley. The Sound of Music. Vertigo.

Find music by Michael Abels and other African-American composers on ArkivMusic year-round! Our Black Music Month celebration runs until July 6, 2022, but Black Excellence knows no season.